Either I'm a very lucky girl or firing isn't quite as finicky as I thought. Don't get me wrong. I do realize that pottery is a bit of a science, weighing and measuring accurately when mixing glazes and slips, compressing the clay...for that matter understanding which clay is for what, and I'm sure that firing really does require some skill. The pottery gods were surely watching over me yesterday, because my pieces all turned out beautifully! It really is so exciting (albeit a little worrisome) to crack open the kiln and see those wonderfully gleaming pots staring at you!

It truly is like Christmas! I've had to learn to be very patient. I'm the girl that would carefully peel the tape from the ends of my gifts and quite skillfully slide the box out to see what I was getting BEFORE the jolly fat man came and I could wrap them back up in the exact same way they were before I stole that look. I'm also the girl that, of late, finds nothing under the tree for me because my family has gotten very clever and tag my gifts with another name so that I don't know which gift I should sneak a peek at! Damn them! So waiting for that kiln to cool...really cool (I am so worried about crazing/cracking/PINGING), is painful. But, so far I've been a very good girl....and today I was especially patient because mishima is so labour intensive and I did NOT want to spoil my work! 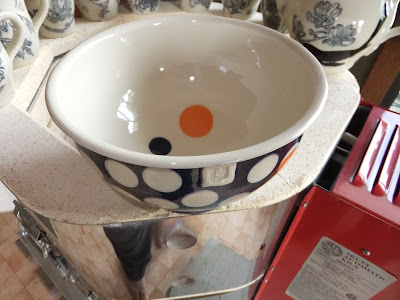 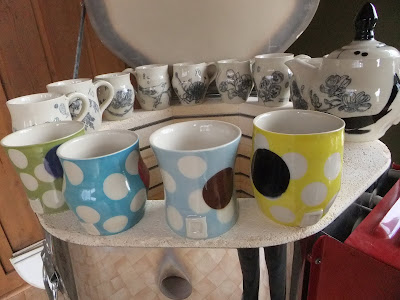 I made these pots (the black and white mishima) during Diana Fayt's workshop. It's taken me this long to fire them!